Russian forces have overrun the vital city of Fulda, in Hessia. Amidst the chaos and klaxons of evacuation, NATO Forces hastily prepare their defensive positions around the town of Uttrichshausen and the A7 Autobahn-Viaduct. Will they be able to stop the Russian tank rush for Munich and Frankfurt?

Started in August of 2019, the map is already showing remarkable development thanks to the team’s use of real satellite data. Nearly a one-to-one creation, you’ll find the Autobahn A66, Autobahn A7, as well as part of Germany’s longest high-speed rail tunnel. Additionally, 12 settlements of varied sizes are situated in lush valleys and on richly forested mountains.  The overall map size of Fulda Gap is 8 x 8 km or 64 km², of which nearly 100% will be accessible by the player.

The first playable layer will be set around the town of Uttrichshausen, just south of Fulda. It is comparable in size to the SQUAD vanilla Map Narva. An impressive Autobahn viaduct is spanning the valley of Uttrichshausen. The town got three major parts, situated inbetween the viaduct and a creek. 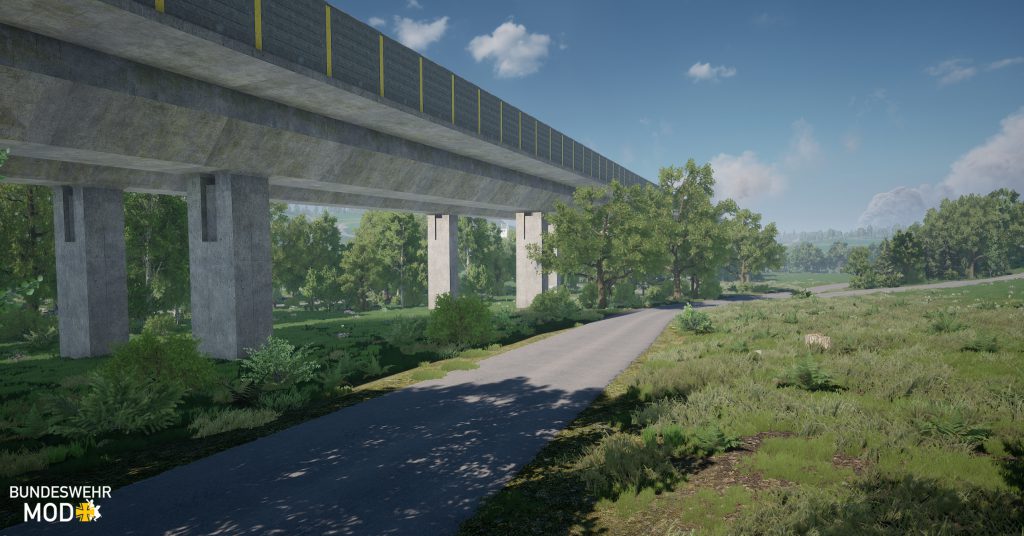 It includes a historic old town, a new settlement area and a semi industrial area. Around the major town districts, lay fields and some lonely farmsteads.

The valley is framed by densly forested hills with intensive agroforestry and a modern wind farm. At both, the northern and the southern end of the valley lay truck stops with a gas station, connected to the Autobahn. 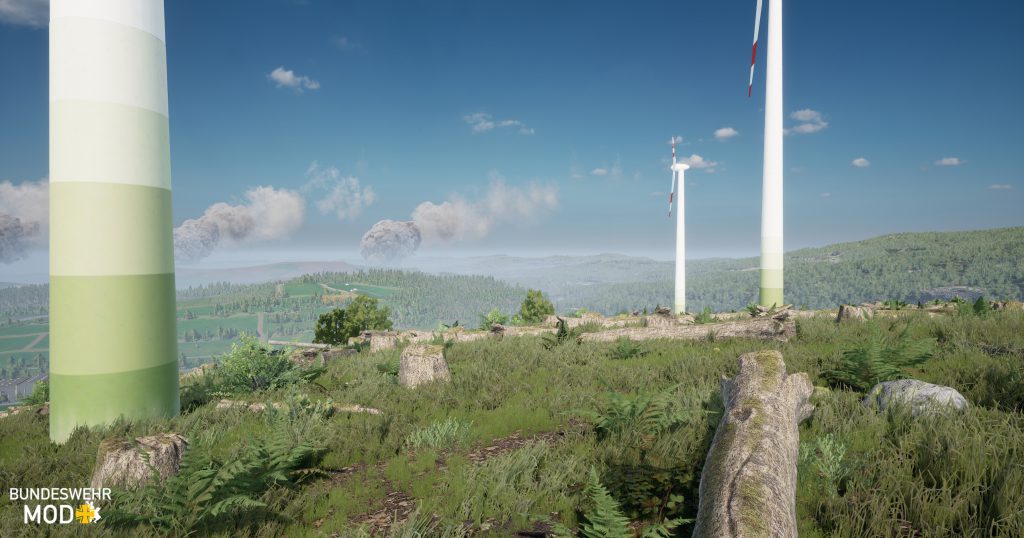 The Russian mainbase is positioned at the Uttrichshausen soccer club, while the NATO mainbase is situated next to the southern most forests, both not far from the Autobahn A7.

The first layout “Battle for Uttrichshausen” will enter the playtesting phase in Q1 of 2020. Visit our Discord, to stay up to date and take part in playtesting. Also feel free to donate via our PayPal, to support our Modding efforts. With your support, we can buy more exciting Level Assets such as european trees and alike – this means more realistic details on our Map projects and a faster development pace.